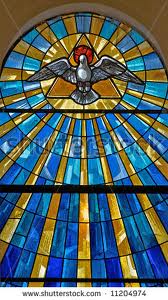 Rick @ https://www.rickwatson-writer.com/  recent post reminded me of this story originally posted in February 2013,  It was a two part post, but these days who doesn't have time to read a slightly longer post.  Also, with all the crazy shit happening these days, it is an example of judging people on the way they appear.

Part One:
In a former lifetime I lived in a 100 year old home one block from Main Street in a cute little New Jersey Town.   It was a three story, big front porch, white picket fence kind of a house.  The front door opened to a large foyer which had a small window just to the right of the stairway.


It was a plain window which my wife and I felt needed to be upgraded as it was somewhat of a focal point in the entrance.  I thought it would be nice to replace the plain glass with a stain glass decorative window.  We were referred to a man who specialized in stain glass windows, “Walter the Glass Guy.”
I called Walter to see if he could come and look at our window.
“Hello, Is this Walter the glass guy?”
“Yup”
I explained the project; we wanted to exchange a small glass pain with a decorative stain glass window.
“Sure, I can do that; I’d like to come out give it a look, take some measurements and show you some examples of my work.  Ah…just one thing…don’t be afraid when I come to the door, I’m harmless.”
Walter’s admonishment may have been the strangest thing anyone trying to do business has ever told me.  I was curious and somewhat nervous the night he was scheduled to visit.
When I answered the door to Walter’s knock I understood.  Walter the glass guy was over 6’ 6” tall.  He must have weighed 325 pounds.  He had hair and a full beard which resembled someone who has not seen civilization for years.  Without his warning I might not have opened the door.

Not the real Walter...but close!
Walter recommended a stain glass pattern which included a dove and a rising sun emitting large beams surrounded by a blue sky.  We chose his pattern, he measured the window and left.  When he was gone we realized we never agreed on a price.  We tried to call, but for the next week Walter the glass guy would not answer his phone.
Needless to say I was a bit worried.  I didn’t want to pay…make that I could not afford to pay more than $300 for the new window.  I was hoping for $250.  What would I do if Walter showed up with this custom window and charged me $500, or even $1000?  The man was a giant.  If I pissed him off he might kill my wife and I, disappear into the mountains and never be seen again.
My imagination may have run wild, but this dude was huge.  His hands were twice the size of mine and no matter how gentle he seemed or professed to be, Walter was scary!
Part Two:


A week after his visit, Walter called.  He was finished and ready to install our new window.  Walter came the next day.  He took out the old window and replaced it with a stain glass creation more beautiful than either of us ever imagined.  How those giant frying-pan hands could create such a delicate piece of art was beyond me.
“Walter, it’s beautiful…ah we never talked about a price.  How much do you want?”
I was prepared for $500, hoping for $300, and mentally figuring out a payment plan for anything higher.  I was damn sure not going to haggle over the price and piss off a man mountain!
“Oh..ah..I was thinking…do you think $140 is fair?”
“How much?”
“One forty.”
The sigh I let out shook the house.  “Ah yes, that’s fair, that’s very fair.”
I wrote Walter a check for $200 made out to cash per his request, and told him anything less for such beautiful work would be stealing.
“Thanks Mr. Hagy I appreciate that.  I might not cash this right away, I’m leaving tonight for Baltimore, got a big pool tournament.  When I’m not working with glass, I’m shooting pool.”
That is the last we saw of Walter.  Three days later I got a call.
“Is this Joe Hagy?”
“Yes.”
“Mr. Hagy, my name is Jim O’Brian.  I own “Big Jim’s Bar and Pool Hall” in Baltimore.  Do you know someone named Mickey Hasslet?”
“Never heard of him…why?”
“Well this guy Mickey has a check made out to cash and signed by you.  Check is for $200, said he won it from Walter the glass guy.”
“Oh…Walter…yes, I gave him that check for work he did for me.  The check is good.”
“Well OK, thanks Mr. Hagy, I don’t trust that Mickey, dudes a no account drunk.  Only thing he’s good for is he shoots a mean game of pool.  I’m going to hang onto the check.  If I see Walter I’ll give it to him and let him work it out with Mickey.  Hell, Mickey was so drunk when he tried to cash it, he don’t even remember I got it.”
“Oh…OK, sure, give it to Walter, he earned it for sure.  Thanks.”
I called Walter several times before he finally answered.  I told him about the check and Mickey, and I told him the bar was holding the check for him.
“Yeah, Mickey won the money from me fair and square.  Hell he was so drunk I couldn’t believe he could even see the table.  Turns out the little bastard is so good he could beat most anybody even though he could barely stand.  The money is Mickey’s fair and square.”
That is the last I ever heard from Walter.
Mickey never claimed his $200.  Walter wouldn’t collect it because it was Mickey’s fair and square and "Big Jim" never cashed the check.
I was scared of not being able to pay for a beautiful stain glass window.  I was afraid of pissing off a long haired bearded giant.  I ended up with a beautiful stain glass window.
FREE!!