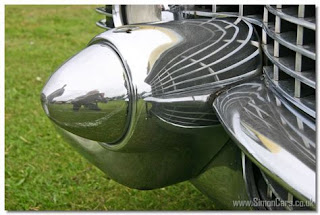 Automobiles that is, they don’t make them like they used to.


I love those old car shows that towns have from time to time.  I love looking at and remembering those old beauties.


Big fins, classic lines, and bumpers that actually protect from bumping.  Some of those old bumpers looked like they were made to not only protect, but to do real damage to intruding autos.  Large bullet like hunks of steel protruding on either side of the immovable bumper ready to pierce the armor of any other car that dared to not stop in time.


Those cars were great, built to last.  Well except the old cars of the 70’s and 80’s, they were built to maximize profits in Detroit.


If the fifties and sixties were the “Golden Age” of big beautiful American cars, the 70’s and 80’s were the “Crap Age” for cars.  Cars that broke down when plastic parts gave way, cars that burst in flames in accidents or sometimes just for spite.  The “Crap Age” was put to rest by cars from Japan.  They were cheaper, more economical and built better.  The cars from Japan forced American cars to improve.


The early Japanese cars did have issues.  It took a while for them to learn how to properly protect their cars.  They used crappy paint and not very many coats.  I had a Honda in ’81 that was a great car.  Drove like a dream, but after 8 years it didn’t just suffer from rust, it basically dissolved.


The cars built in both the “Golden Age” and the “Crap Age” needed an oil change and lube every 3000 miles.  If they got 20 MPG to a gallon of gas it was a great thing.  I had a ’68 VW bug that got terrific mileage compared to the American cars, maybe 28 MPG.  Of course, it had a 40-horsepower engine that would not move it any faster than 60 MPH.  It went from zero to 60 in about 15 minutes.


One hundred thousand miles was the gold standard for most of those old cars.   If you got that many miles out of it, you did really well.


I still think cars need service every 3000 miles, but my dealer will not even let me in with less than 5000 miles.  They recommend 6000 miles.  I read an article the other day about the 50 models today that should run like a top for 250,000 miles if maintained properly.


Today’s cars have shit bumpers.  One tiny bump and you need a new one for about $750.  Today’s cars don’t have fancy classic lines.  They all look alike.


Those old cars, after the 100,000-mile mark, would burn oil and leave a smoke screen trail behind them.  I can’t remember the last time I saw one of those old smoking Hooptees on the road.


They just don’t make them like they used to.


Today’s cars are a bit boring to look at, but all in all, I am glad they don’t make them like they used to.


I do miss those old bumpers that would punish anything that got in their way.
Posted by joeh at 11:39 AM