Mrs. C loves fixing stuff around the house.  She likes measuring, leveling, drilling and screwing (watch your 13 year-old-self) screws.  She has patience to read directions and she measures twice to cut once.  She is methodical and precise.


I have little patience, eyeball not measure or level, and along with screws I also say screw it to directions.  I measure twice, cut once, throw the bad cut away and try all over again.


It took me a while after we were married to realize that not only is Mrs. C better at household fixits than I am, but that she also enjoys fixit chores.


The first few times something needed fixing, I stepped up to the plate to assume my manly duty.  I had to tell Mrs. C to “step aside” while I tended to “man’s work.”  She stepped aside but critiqued my every wrong move.


Finally, during one such job I stepped aside, “You know so much, you do it!”


She has been doing it ever since.


She ordered new brackets (not an easy find) and they arrived today.  Even coming off a bad cold, Mrs. C was noticeably excited to fix the drawer.  I was the hand it guy, and she the surgeon. 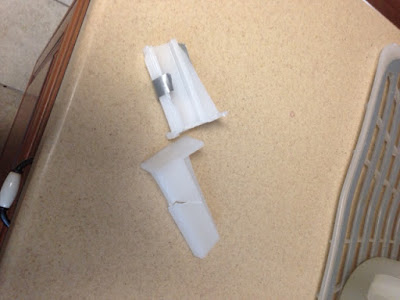 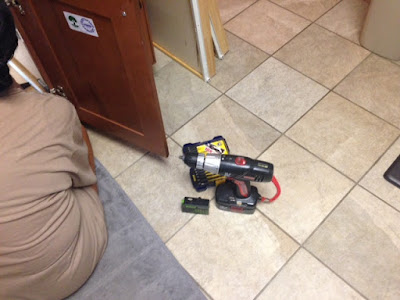 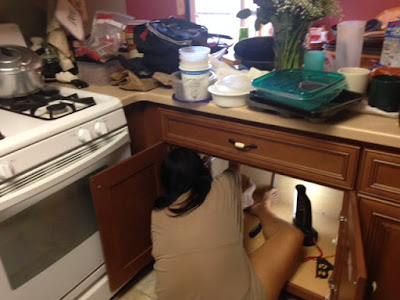 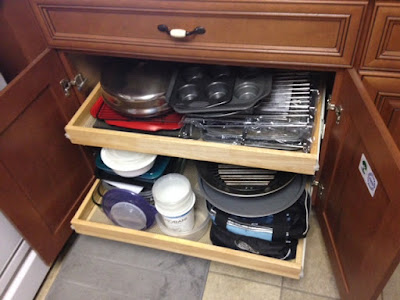 
I did have to crawl in there to give a final tightening twist to each screw with my powerful man-arms, but Mrs. C did all the tricky stuff.


Let me tell you, a woman who knows how to use a power drill and a level…now that is a real turn on!
Posted by joeh at 5:08 PM