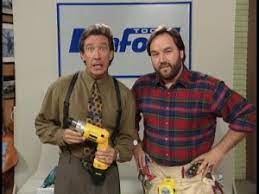 We recently had our bedroom painted.  We hired someone to do the job.  Years ago, I would have done it myself.  Years ago, I could have barely afforded the paint, now I can have someone else do it.

I was a lousy painter.  I would leave brush marks and paint bristles on the wall.  I could barely afford the paint, do you think I used good brushes?

I inevitably found a way to spill some paint and then step in it leaving tracks before I realized what happened.

After hours of removing bristles, going over brush strokes and cleaning up after messes, I somehow actually ended up doing a decent job.

Anyway, having someone else do this job, and do it right in one third the time had me thinking of other jobs I have done, by myself, and with having no idea how to do them.

There was no internet for directions, and I am not very good at following directions anyway.  I am more of a dive right in and do it…then undo it and try again kind of guy.

Looking back, I have no idea how I finished these jobs without any help, other than a woman standing behind me reminding me that I didn’t know what the “F” I was doing.

Thanks for that! (Not Mrs. Cranky)

The most difficult part was attaching the base stud to the concrete floor.  I used special concrete nails but they just bounced off the hammer and damn near took out my eye.  They have a special hammer that fires off from a CO2 cartridge or something, but who could afford that.  I finally learned that a 4 pound mini-sledge/hammer could slam those nails into the concrete like a knife through butter (Not a hot knife, but good enough.)

Digging it out, spreading two layers of crushed stone and a layer of sand and then laying the pavers took me three days to finish.

It took me 10 days to recover.  Every muscle in my body ached, my back, my legs and especially every finger.

Don’t ever get in a fight with someone who does that job for a living!

The patio did look pretty good though.

I installed two garage door openers…without help.  Two-by-fours substituted for a helper to hold the damn thing up while I connected it to the ceiling and the garage door.  Still not sure how I did not kill myself, but the thing did work.

I also used the two-by-four trick when I installed a pull-down attic stair unit.  That involved carpentry.  Once again, I employed the measure once, cut twice method, but eventually they were in and looked/worked pretty good.

I don’t want to even talk about wall paper, refinishing furniture, electrical and plumbing installations.  Been there, done that, fucked it up and done that over again.

I rate most jobs by the number of “G-damns” I yell, and the number of trips I take to Lowes.  The average plumbing job, for instance, is a five "G-damn", three-trip project.

The thing about home projects is after you have done them and learn the correct way to do the job, you never do it again.  You are often left with some specialized tool that you will also never use again.

These days, I’ve got a guy!