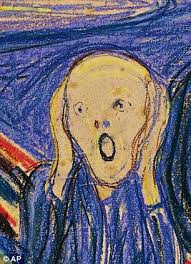 I read recently a man say his wife was “Frozen in fear” at a restaurant because she did not know what pronoun to use in regards to the waiter/tress/waitperson.

This does seem to be a bit of a dilemma, and I can understand her concern (actually I can’t) I think “frozen in fear” is a bit extreme, but that is just me.

A commercial for the Democratic New Jersey Governor has a woman claiming if the opponent wins, she would be “Terrified.”

I almost decided to change my vote just to see if she would actually be “terrified.”

The Washington “Redskins” changed their name to “Football Team.” The Cleveland “Indians” changed their name to the “Guardians.”  “Redskins” might a bit offensive, “Indians” to me not so much.  I have been a guardian to my children, should I be offended to have a baseball team named “Guardians”? I’m confused.  I hope Washington finds a better name, maybe “Legislators,” that is a terrifying group.

The Atlanta “Braves” are not changing their name yet.  They don’t have an offensive “Wahoo” native American logo so they may be OK.  I mean how is “Braves” offensive to anyone.  I would be offended if they changed to “Cowards!” The A Aw A AW AW chop chant might be offensive to Native Americans, not sure;  I think it is really cool.

PETA has a problem with the word “Bullpen” to describe where baseball pitchers warm up.  They want to change the name to “Arm Barn.”  I think “Arm Barn” is a bit degrading to pitchers…NO? YES? The name Bullpen comes from an area behind a “BULL DURHAM” tobacco ad many eons ago.  Has nothing to do with bulls…so…

How about everyone have their preferred pronoun pinned to their chest.  I don’t want any one “Frozen in fear” over my pronoun.  I choose my pronoun to be “Whatever.”  Is that even a pronoun?  It is now, don’t argue and offend me.

If I ran into a Grizzly Bear in the woods, I would be terrified and maybe even frozen in fear.  Pronouns and elected officials just do not elicit that kind of effect on me.  Maybe I need sensitivity training.

If we get this pronoun thing figured out, will you feel better?  Do political candidates have you terrified? Are you offended by sports teams mascot names? Do you worry about words that may degrade animals?

I am probably just jaded (is that offensive? Where did that term come from?)...uh oh it comes from overworking a horse…sorry PETA.

I am probably just uncaring, but these things never have and do not now bother me.

The thought of a country filled with people worrying about pronouns, offensive sports mascots and upsetting animals with words does actually terrify me.

Our enemies just might be a little tougher than we are.

Pronoun worrying, mascot name concerning, animal rights fanatics, probably would not be quite up to defending real freedoms and rights from mean people with bad intentions.