A cranky old man public service for computer nudnicks like myself 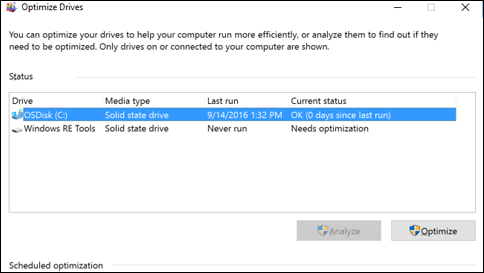 I have two PC’s.  One is upstairs and is a mid-range pretty good computer.  I don’t really need any fancy stuff.  The second is downstairs and is a cheap DELL.  Not that DELL makes cheap computers, this is just their low-end computer as I did not need to pay for a really good one, DELL or otherwise.

The downstairs computer is for holding my music and occasional internet browsing.  I could use the good computer downstairs.  It is very mobile as a laptop, but I am spoiled and don’t like hauling it and all the chargers around.   Same reason that I have a pair of reading and TV glasses on every floor and an i-phone charger on every floor.

I can’t afford a boat, plane or house at the beach, but I can have the little things, and yes, I am lazy.

Anyway.  The downstairs computer lately has been so slow as to make it almost worthless.  Even just accessing my music (song chords and lyrics for guitar) which is on my hard drive in Microsoft word, was taking forever.

I may have been losing patience with the thing.  Sometimes when I lose patience I may take it out on Mrs. C by yelling.

“GD this friggin-frazzle-pop computer.  I should just get a new one except I hate all that file saving password assigning frustrating crap it takes to get a new one up and running the way you want it!”

“What is wrong with it?”

“It takes forever to just open a file, never mind accessing the internet!  It is basically worthless!”

“When was it last defragged?”

“DE WHAT?  My computer is not gay (not that there is anything wrong with that), and that is not acceptable speak!”

“It is supposed to happen periodically, but sometimes it is not completed correctly.”

“It consolidates files and stuff, makes it faster for the computer to access data, I don’t really know, but it just it makes the computer run more economically.”

“Just search for “Defragging” and follow the directions to “Optimize.”

OK, so sometime I listen to Mrs. C because she knows stuff.

I defragged the computer.  It took about 6 hours.  Mrs. C said that it took so long because it has not been done in like FOREVER!

Once completed the damn thing ran like new.  Slow for most computer, but good enough for a cheap low-end computer.

I am posting this as many of my readers are seasoned like myself and may  have also never heard of DEFRAGGING.

If your computer is running crappy, don’t spend money on the GEEK SQUAD.  They will probably just defrag it for you and act like they did something super-duper smart and difficult while they take your money and laugh at you from behind that curtain where they make believer they are magicians.