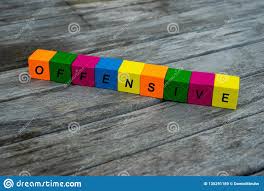 That’s it, I’m taking my gloves off.  I’m tired of walking on word egg-shells and tap dancing around stuff that suddenly became forbidden to waltz through.

I don’t get it and I’m done.  LGBTQ…wtf? I only can figure out a few of them.  Don’t use the “N” word.  Fine, what is it?  They won’t tell you because to do so would require you to use the actual word.  WTF?  Yeah, I said it, the “F” letter.  Pretty soon you won’t be able to use even the letters.

Oooh!  You said the “F” word letter!  Did you just use the “N” word letter instead of the “you know what”?  That means you are the “R” word!

Just now I read where an “L” word soccer player said in a ten-year-old tweet that she thought a certain ladies eyes looked like the “A” word.  Apparently, that was the “R” word, except I’ll bet the “L” word lady meant it as a compliment.  These days even a compliment can be deemed as “R” word.

Well, now I am fed up with the use of the “O” word.  You know the word.  I’m pretty sure it is used in a pejorative way.

He drives an “O” word car.  How is that meant to be nice.  It is pejorative.  I am 75 years the “O” word.  That can’t be meant in a nice way otherwise why would people sometimes say I am 75 years “young?”

Anyway, my thoughts just drifted.  Maybe because I am getting seasoned.  I am, after all, 75 years seasoned.

That’s it, from now on I declare the “O” word to be offensive.  You know, the offensive “O” word, not the other one.

If you disagree then you need to be cancelled!

I decree that from now on we use “Seasoned” instead of the offensive “O” word!

What?  I have to change the name of this blog?  That would be a pain in the “A” word.  Pretty sure that “seasoned” would only soon become the “S” word anyway.

I apologize to anyone I may have offended by my use of several offensive letters.   I am ashamed of my insensitive self and intend to be better in the future.  I intend to attend sessions with a “C” (Not that “C”) in order to become a better version of myself.