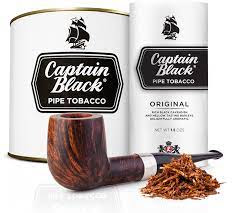 What ever happened to pipes?  I know smoking in general is not as popular as it once was, but plenty of people do still smoke cigarettes.  Cigars are still somewhat popular, mostly with men.  I see guys lightening up a good cigar on the golf course often.

I have not seen a pipe smoker in forever.

Pipes used to be popular.  Fred McMurry always puffed on one on “My Three Sons.”  Sherlock Holmes was famous for his Meerschaum Pipe.  My dad smoked a pipe when he was not smoking a cigarette.  My boss used to smoke a pipe, but all that was eons ago.  I don’t think anyone smokes a pipe anymore.

Cigarette smokers used to be the suave and cool people, or sometimes the tough guy.  A cigar smoker was a big shot, successful and full of himself.  Pipe smokers were the intellectuals.

In college you always knew when a student changed his major to Psychology or English Literature.  If they were suddenly wearing a corduroy jacket with elbow patches and smoking a pipe, they had changed their major.

The thing with pipes is they took a lot of work.  They needed constant cleaning, reloading, tamping and relighting.  My pop's casual shirts all had holes in them from flying pipe embers.

He always smoked a pipe when he took me bowling.  Even today, if I throw a strike, I sometimes get a memory whiff of Captain Black tobacco.

My boss once got confused while smoking his pipe.  He went to put on his glasses but he did not have his glasses, he was holding his pipe.  Damn near put his eye out with it.  I held in my laughter like a kid who farted in church.

When I worked on Wall Street the traders all smoked cigarettes.  One of them once told me that you could tell when a trader was getting burned out.  If he switched to a pipe he would soon be done.  No one can make quick decisions while smoking a pipe.

A pipe requires contemplating-slow-draws of smoke, a stare into space and a “harumph” before rendering a decision or opinion.

I guess, along with the general distain society has for any kind of smoking, the pace of the world today, what with instant access to data and information, has rendered the pipe obsolete.  People just no longer have the time for the contemplating pace of pipe smoking.

Personally, I gave up cigarettes years ago and am happy for it.  I do enjoy an occasional cigar when Mrs. C is not around.  She hates the smell of a cigar.  Surprisingly she tells me she used to like the smell of a pipe.  She would have no problem if I took up pipe smoking.

I would try it, maybe even enjoy a nice cherry flavor tobacco, except I’d be spending too much time looking for my lighter, tamper and pipe cleaners.  Also, I get distracted too easily.  I might not poke my eye out like my old boss, but I would sure as Hell ruin a lot of shirts and stand a good chance of burning the house down.

Anyway, I’m not sure you can even buy the damn things any more.