WE NEED TO FIX UNFAIRNESS IN SPORTS

WE NEED TO FIX UNFAIRNESS IN SPORTS 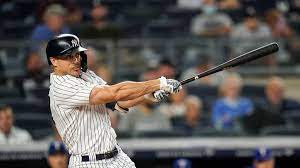 Anyone who is a fan of sports today must be as sick as I am at the total unfairness of almost all sports.

Some athletes are just so much stronger and so much faster than other athletes that it is not fair.  It is just not any fun to watch.

Take for example golf’s Bryson Dechambeau.  The man weighs 250 pounds.  Most other pro golfers are not much more than 190 pounds.  He spent the last year packing on pounds, lifting weights and building muscle so he can hit a golf ball 75 yards further than anyone else.  How is that fair?

I think we should find a way to tax that strength and create an even-playing field for all golfers.  Maybe Bryson should have to hit a heavier golf ball than everyone else.  That would be fair.

There is this football player on the Kansas City Chiefs, Tyreek Hill who is so fast he is almost impossible to cover on a long pass.

I saw a YouTube clip of him chasing after a teammate to congratulate him on a TD reception.  He came from 20 yards behind and caught him before the end zone.  That is ridiculously fast.  He should have to wear weights on his shoes.  Tax his speed.  It is not fair to all the other players who were just not born fast, or did not spend their youth running and sprinting and practicing to get fast.

Giancarlo Stanton is a hitter on the NY Yankees.  He is 6’5” 255 pounds and hits the ball harder and further than any player in the league.  A few nights ago he hit two homeruns against the Red Sox that went clear out of the ball park and into the Boston streets.

Who needs that much power?  The ball only has to go about 400 feet to be a homerun and he hit it over 450 feet.  How is that fair?

It is not!  He should have to use a heavier bat.  Tax his strength.

When I am watching a sporting event, I do not want to see these athletes that are just clearly faster and stronger than all the other athletes.  It is unfair.  I am against rewarding those either born with or who work hard to achieve such exceptional abilities by having them win so often.

Other athletes are not blessed with born speed and strength or they just do not have the time or inclinations to work and achieve those abilities.  They have lives and other obligations, they should not have to give up their time in order to compete fairly.

The exceptional athletes need to have their speed and strength taxed.  Only then will the playing field be level for all.

I’m pretty sure sports governing bodies could adjust the rules so that sports could achieve true and fair mediocrity for all.