Do I need to Call Mr. Johnson?

Do I need to Call Mr. Johnson? 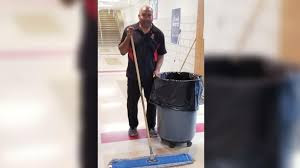 The current cry to defund the police has got me to thinking.  The idea I have heard is to replace police with less violent, psychology trained counselors to reason with offenders of various laws and general rules of polite public conduct.

Many police officers, it seems are too quick to stop criminal behavior with their guns drawn.  When the police overact bad things happen.  People revolt, stores are burned down and neighborhoods are closed.  Not good.

But will psychology trained counselors be able to do the job without violence?  I doubt it.

I have a solution from my grade school experience 65 years ago.

Now I did not go to school in a particularly tough neighborhood.  We had our lunch money bandits, our class skipping delinquents and a few nose-bloodying bullies, but it was no Compton.  Still there were troublemakers.

There were no police in our schools, no strong-armed teachers, no special disciplinary personnel, there was Mr. Johnson.

When a student was acting up the teacher in charge would ask, “Do I need to call Mr. Johnson?”

End of acting up.

When there was a fight, Mr. Johnson was there to break it up.  Two students held off the ground by their collars by Mr. Johnson quickly decided to shake hands and be friends.

The threat of Mr. Johnson dragging your butt to the principal’s office was enough to make most students think twice about their behavior.

Under paid, and overworked, the Mr. Johnsons of the 60’s did not put up with annoying students who did not know how to behave.  The Mr. Johnsons did not have the time or patience.  They did have the street smarts and military discipline to stop punk kids quickly and without violence.

Mr. Johnson was well liked and yet at the same time feared by all.  Maybe if we defund the police, they should be replaced by old school custodians.  Men who would literally keep the streets and troublemakers clean.

These days criminals do not fear the police.  The police are afraid of a Police Brutality accusation.  The police don’t want to lose their job. The police often find their hands tied dealing with crime, every arrest is subject to an investigation.

A Mr. Johnson doesn’t worry as much about his job or pension, it’s not that great, and there is no such thing as a “Custodian Brutality” charge.

Young punks are hero’s when they stand up to the police, but they are assholes if they mess with a Mr. Johnson.

Break into a house, rob a store, hijack a car…