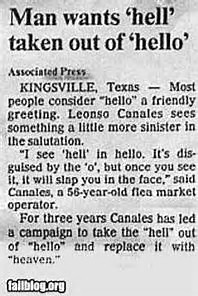 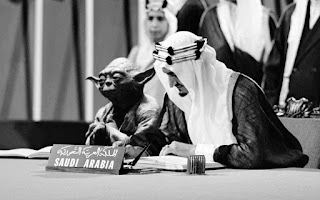 Your hat looks silly it does.

Police shoot at actor on movie set, mistake him for real bank robber – It might have been a good idea to notify the police they were filming a movie.
Adults are banned from dressing up as princesses at Disney parks – I smell a LGBTQIAXYZ law suit brewing.
Drunk driving through McDonald's drive-thru a 'McFail – The best part of the story, McD’s was closed and he honked his horn and cussed waiting for service with a police cruiser 20 yards away.
Fish rain down from sky in northern Mexico – Ian Zering and Tara Reed race to the rescue.
Charlie Daniels protests kneeling athletes by not watching Thursday Night Football on Wednesday – I don’t think this is going to hurt ratings very much.
Gym teacher arrested after reportedly choking students with jump rope -  And I thought being fored to do jumping Jacks was tough!
Melania Trump fires back at librarian who rejected gift of Dr. Seuss books as ‘racist’ – One fish, two fish, red fish, jew fish, black fish, wop fish, towel head-gook fish…little known verse from that notorious racist Dr. Seuss.
O.J. Simpson to live in gated community after release – Ah…why not just let him stay in his current gated community?
Welsh rugby player bitten by lion in South Africa – It is unusual for a Welsh player to be bit, this is definitely a Welsh rare bit.
Woman's detailed shopping list for husband goes viral – It’s not Mrs. C’s!
FEEL-GOOD STORY OF THE WEEK
Officer tells woman to pop trunk because brake light is out, doesn’t realize she’s recording him –
http://shareably.co/officer-helps-motorist-brake-lights/?utm_source=fb_ads&utm_medium=facebook&utm_campaign=V1C-officr-motor-brklights-g1pv-fof-3
__________________________________________
Come back again next week (maybe) for more
STUPID HEADLINE SUNDAY!!
Posted by joeh at 12:11 AM