Get Out Of My Head!

Get Out Of My Head! 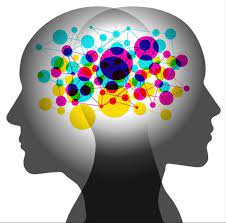 No, this is not about a battle over bathroom time on a small boat, this is about Mrs. C and I at home.

Mrs. C’s mind and mine are often on the same wave length.  This is probably not uncommon for couples who have been together for a long time, but we have had this phenomenon from the first day we began dating.

While watching a movie on TV:

“Where do I know that guy from?”

“Where do I know that guy from?”

“Leave it to Beaver?”

This happens all the time.

Just this morning when I realized it was going to get real hot in the afternoon, I set the air for 80 and went upstairs to close all the windows.  The plan was to turn the air to 75 when the sun goes down and then later open windows for the night air.

As I reached the bedroom, Mrs. C called out,

“Can you close all the windows and set the air for 80, it is going to get hot today.  We can turn it to 75 when the sun goes down and then later open windows for the night air.”

Like I said, this happens all…the…time.  So much so that “Get out of my head” is a running joke.

We are challenged when it comes to Mrs. C giving, and me understanding directions.

From the kitchen yelling upstairs:

“Kare, where is the left-over chicken from last night?”

“There are four shelves!”

“Second from the bottom.”

“It’s in the clear Tupperware.”

“The clear Tupperware has potatoes.”

“The other clear tupper…never mind, I’ll get it.”

And don’t tell me my directions suck!”