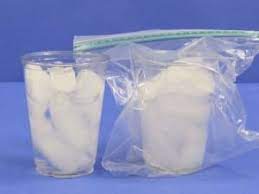 Don’t get me wrong, Mrs. C is great, but every once and a while she makes me ask “Who does that?”

I may have mentioned in the past that she does not scoop her pudding; she dips the spoon in the pudding and slowly consumes whatever pudding sticks to the spoon.  Gotta ask, “Who does that?”

I may have posted on her dislike of sidewalks, preferring to walk on the street hugging the curb.  (Not if there is traffic, but walking the quarter mile to our mailbox.) “Who does that?”

If I want a cookie, I have to look all over, even under towels on the kitchen counter. “Who does that?”

We have been paying for a storage unit which contains maybe $1.65 worth of crap for 6 years. “Who does that?” I don’t even want to calculate how much I have paid to store that $1.65 worth of crap, but it would involve at least 3 zeros.  I choose to let it go…my last divorce cost me that much plus an extra 2 zeros.

I have learned, or have tried to learn to ignore the “Who does that?” moments and just let it go.

The other day she was putting stuff away in the freezer.  Stuff that came from a cooler.  The stuff in the cooler was kept cool with several sandwich bags full of ice cubes.  Along with this stuff, she also put away the sandwich bags of ice.

“Why are you saving the ice?”

“Because I will be using them later this week when I bring some things to Cassie.”

“But it is ice.  It takes up room.  When I open the refrigerator and look for something those friggin bags are going to fall out!”

“You are not allowed to open the refrigerator until I take the things to Cassie!”

“But it is just ice.  That’s frozen water you know.  We make those cubes day and night.  We have an ice maker. Why can’t you just save the bags in a drawer until you need them and then fill them up with new practically free ice cubes?”

I wanted to argue more, but there could be all those zeros at stake so I shut up. Still, I said to myself,

Last night I had to bite my tongue once more.

We went to dinner at “Longhorns” steak house.  After a nice meal Mrs. C asked for a take home bag for her unfinished dinner plus a carrot cake dessert to go.  When the waitress returned with the request, she also included two lidded plastic cups of water.

“Who does that?” The waitress did.

“Why are we taking the water.”

“The waitress was nice enough to give us the take-home water, we should take it home.”

“Can I just dump it out when we get to the car?”

Anyway, my mind went to all those zeros, and I bit my tongue.

What did she do with the water you ask?

Tonight, I was looking for a cookie.  The water was still in the lidded cups under a kitchen towel.