I often mention old friend Frog,  From College, fly-fishing and guitar picking this story marks the beginning of a 60 year friendship.  It was brought up the other night at a New Years Eve Zoom party so I thought I would repeat it on my blog.  A re-run from 2012. 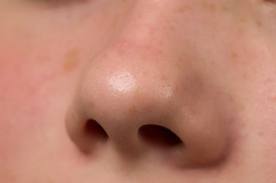 “Pssst Frog, check this out.”
Frog and I shared a table in 7th period study hall sophomore year in high school.  I barely knew him then, though he would become my best friend through college and right up to today.
“What?…I’m studying.”
Frog was a bit of a nerd; well I thought he was at the time.  First he was smart, second he was the football team equipment manager.  I would become captain of the team our senior year.  So Frog was a nerd, I was a stud; except the nerd was getting laid…me not so much.
Anyway…in this study hall Frog was all I had; I had something to show and I had to show someone.
“Frog, check this out.”
I closed one nostril of my nose and exhaled slowly out the other.  A high pitched loud whistle pierced the air.
“No friggin way!  Do that again.” Frog whispered.
So I did it again and we both melted into silent sniggering.
“What is that?”  Mr. Barnes the study monitor barked.
Mr. Barnes was the meanest, nastiest, detention-handingoutiest study hall monitor in the history of study hall monitors.
I let out another stealth whistle.
Mr. Barnes was irate.  Detention pad in hand he scoured the room for the offender.  No one in the room except Frog and I, knew where the whistle came from.  We sniggered, whistled and tormented Mr. Barnes the rest of the period.
The next day Frog told everyone about my peculiar ability to whistle through my nose.
I rehearsed all day long.  When 7th period came, half of the room knew about my stealth whistle talent.  They were all anxiously awaiting the whistling torture I was going to give Mr. Barnes, the meanest study monitor in all of Westfield High history.
When the bell rang, the pre-study hall hubbub ended.  An eerie hush hung over the cafeteria, as by now the entire room knew of my whistling ability and awaited the Mr. Barnes torment.
“Now!” Frog whispered, and I collapsed one nostril and let blow out the other.
“Woosh”…Woosh? I blew again, and again nothing.  Frog held up his hands in that “I don’t know kind-a way,” for the entire hall to see.
That’s it, shows over, nothing to see (or hear) here.
The room went back to its normal study semi-buzz.
“What happened?” Frog asked.
“Booger shifted” I answered with a shrug.

And that was the end of “The Great Westfield High Nose Whistler of 1961.”
It was a legend that only Frog and myself experienced; a fleeting moment of greatness that somehow forged a lifelong friendship.
Posted by joeh at 2:14 PM