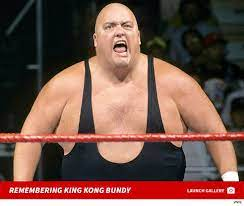 We just got back from a brief vacation to Sanibel Island Fla.  There was great.  Getting there, not so much.

I have a complaint about air travel.  I’m not sure what the airlines should do about this complaint, and I’m pretty sure I will offend some people with my complaint.

I don’t want to fat shame anyone, Lord knows I could shed a few pounds myself, and some people are just big…not their fault.

Should “large” people pay more for either larger seats, or even an extra seat?  Does not sound fair, does it?

Well then, should a reasonably sized person get a discount when sitting next to a “large” person?

On the trip to Florida, I was comfortably settled into the middle seat next to Mrs. C who had the window.  All was well until the aisles side seat passenger arrived.  Is the old wrestler King Kong Bundy still alive?  Either he is, or I sat next to his doppelganger.

All six foot five 400 pounds of human flesh sat next to me, or more accurately sat next to me plus at least one third of my seat space.

King Kong Bundy was nice enough, friendly and polite, but he was partially in my seat.  Literally (see kids that is when literally is used correctly) in my seat.

I could not adjust my seat, KKB’s back fat covered the adjustment button.  I could not watch the movie or other TV shows that were available for all the other paying passengers, KKB’s arm enveloped the arm rest controls and the hole to plug in the headphones was somewhere under several pounds of KKB.

To make matters worse I was so scrunched over in my seat that I often accidentally changed Mrs. C’s TV control.  She kept smacking me on the arm in anger!

“I canth herphal id, I am sitton nerst to King Kong Bundy!”

“Wath? I canth unastnd you wif the damn face msk!”

Those friggin face masks make it impossible to carry on a conversation, especially if raising my voice meant possibly insulting a 400-pound man.

By the end of the three-hour flight my ass was asleep from my inability to even move a little.  I had to pee like a racehorse as the man mountain was asleep most of the flight.  I guess I could have nudged him awake, but I’m not sure I could fit back in my seat when I returned. I was cramped, tired and even a little cranky.

Is it fair to have “large” people pay extra for extra-large seats?

Is it fair for “reasonably” sized people to pay the same price for only two-thirds of a seat?

Because life sometimes sucks, that’s why.

It sucks, but then it also sucks to have to share a seat with a “large” person.  I have nothing against “large” people, I just have an issue with having to pay for some of their seat.

I paid for a full seat, not two-thirds of a seat.  King Kong Bundy paid for one seat and used one and a third seats!