Let’s get Riled Up

Let’s get Riled Up 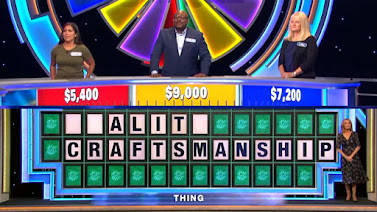 So much important stuff happening these days…much like all days from whenever; inflation, concerns at the border, drugs killing people, politics; just lots of stuff to worry about or rile you up.

There are two self-defense cases that have riled people up because they are racially sensitive.  As if anything these days is not racially insensitive.

One case involves a 17 year-old patriotic wan-a-bee poking his rifle armed nose where it probably shouldn’t have been.  He killed and shot at people who chased him down a street after threatening to kill him.

None of this should have ever happened.  All involved were and or are on the short side of the intelligence scale, and have sketchy backgrounds. But, when someone chases after a person who is armed, they probably mean to hurt that person.

(WAIT!  This just in, the jury said not guilty.)

Still the kid should not have been where he was and armed with a rifle…then he is a kid.

The other case involves several armed self-appointed justice yahoos who, based on an old “Andy Griffith” episode thought it was OK to chase down a black jogger who they thought may have stolen some two-by-fours at a construction site and call  out "Citizens Arrest!

That jury is not yet in.  Seems to me that it is hard to show self-defense when you have the gun and you are doing the running after…We will see.

So, with all this going on, what else do I see riling people up?

An unjust ruling on the “Wheel of Fortune” game show.

A contestant won lots of money by solving a word puzzle with the correct answer “QUALITY CRAFTSMANSHIP.” Apparently, the contestant did not pronounce the “S” in craftSmanship.

This what set twitter on fire?  Keep in mind, “CRAFTSMANSHIP” was already complete on the puzzle, the solution was figuring out “QUALITY” from “__ALIT_”.

I’ve tried several times and I find it difficult to pronounce that damn “S”.  It just sounds wrong to me, but then I pronounce NUCLEAR the same way as George Bush, so I must be a dope.  Meanwhile I bet many of those on twitter that are all upset will be “going to their Mom house for Thanksgiving the same as they have went every year.”

Anyway, I have my own problems.  Tomorrow we were to have 22 guests for our traditional early family and friends Thanksgiving.  That is called off as fully vaccinated Mrs. C tested positive.  So far, her symptoms are mild so hopefully the vaccine is doing its job.  I got my booster 3 weeks ago, so we will see.

Anyway, you think someone not pronouncing an “S” in a stupid game show is a problem?  How about having 50 pounds of turkey, six quarts of Mrs. C’s special sausage stuffing, a pile of mashed potatoes, cooked carrots, Waldorf salad and several pies as dinner for two?