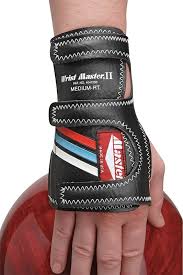 There are several thing about which Mrs. C is especially persnickety.

(That’s right…PERSNICKETY!  I am old and proud of it.)

She gets angry when she takes the car in for service and someone changes her seat adjustment.  She claims it takes forever for her to get it “Just right” again.

I almost paid an additional $200 a month on a car lease to get one with an automatic seat adjustment setting.  Common sense did kick in, especially as it was to be my car, I opted for a Honda over a Cadillac.

Anyway, she is very particular about any of her things, especially when it effects adjustments.

The other night I wanted to try on her bowling glove.  She doesn’t bowl much, but she uses the glove to prevent that carpool-tunnel thing you get from using your computer keyboard a lot.

My bowling glove is too large, I was talked into an extra-large probably as the shop did not have a large.  It has stretched out a bit and now does not fit correctly.

Without asking, I started to try on Mrs. C’s “Small” glove to get an idea what size to order on-line.

“Don’t change the setting!  It is just right for me to be able to slip on and off without having to adjust the straps.”

Last week, I tweaked my back bowling.  Mrs. C has a back brace which also has adjustable Velcro straps.  Since she has to readjust it every time she uses it, unlike the glove, I thought maybe she would let me borrow it for bowling.  It was with great trepidation that I approached her about trying it on and maybe borrowing it until I could order one for myself.

“Do you think maybe I could try on your back brace and use it tonight for bowling?”

“Why, how could I possible ruin or change an elastic back brace?”

“Because you don’t need my brace.”

“Maybe not, but it might keep me from tweaking my back again; damn you and your persnicketyness!”

I was getting a bit miffed over her reluctance to share, even at the expense of my bad back.

“Because last week when you told me you tweaked your back, I ordered a brace your size just for you.”

It did fit perfectly and my back was fine after bowling.

It takes a good wife to think ahead for her husband’s need, but only Mrs. C knows how to hold on to such a gesture in a way to maximize the deed and make me look small and petty.

Or do all wives have this ability?