Football Coaches are all Buttheads 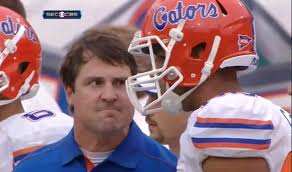 I was going to name this post “Another reason Why Facebook Sucks” but I know my older readers will immediately jump in and tell me why they hate anything social media…anyway, I hate Facebook but it does allow me to keep up with children and grandchildren.  People who post political stuff I just unfollow.

So, outside of politics and other things, here is another reason why Facebook sucks.

My son posted a video of my 12-year-old grandson making a nice tackle in a  Pop Warner football game.

One apparently ex-football coach (almost all football coaches are buttheads…often really good guys, but buttheads nonetheless) and peripheral friend of my son commented:

Tell him to never step inside when he has the edge. Always work outside shoulder to the sideline. Turn everything in. Great recovery though and nice finish!!

I was a head high school football coach for 20. Years. Retired last season. Our team and coaching staff compiled a 105-5 record over the last 11 seasons.

My son was a bit riffed about this critique; he is like me and can not just let stuff go.  He responded basically saying he played 12 years and coached High School for six years and thought his son played everything correctly.

I would have replied

“I played linebacker for 12 years and coached for 6 and I have no idea what you are talking about and pretty sure neither would my son, but thanks for the advice.”

This also got me thinking about my football days and the fact that football coaches are never happy or satisfied with their players until, maybe the end of the season.

“I don’t know what you are all happy about, that team was terrible and you all were too.  You should have scored at least twice more!”

That guy was actually a good guy and a good coach, but like I say,

“Football coaches are all buttheads!”

Hmmm…maybe that should be the title of this post.