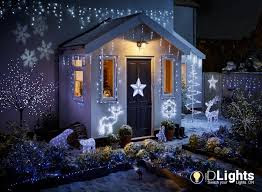 Our little community of around 170 townhome units has a Christmas Light decoration contest every year, or at least for the past two years.

Mrs. C who does not know to take two steps back when volunteers are asked for, has been one of the judges both years.

Judging is difficult, most people do not go too overboard in decorating, and it is of course very subjective.  Some units have very little front to decorate, others much more.  Do you reward those with more property to decorate?  Some people use those projector things to cover their home with twinkling lights.  They take about two seconds to set up, do you take away for lack of effort?

It is not always easy to judge fairly.

In the end, who really gives a dang?  The winners get a five dollar gift card to Walmart and a tiny bit of recognition.  Not particularly important.

The lady that runs the contest, a very nice lady who puts in quite a bit of effort in the process, is a big believer in fairness.

Mrs. C was just informed that this years second place winner would not get recognized because that home won first place last year.  The top judge believes in giving recognition to others.  So instead of coming in second, that home is fourth and gets no Walmart gift card.  The number four home moves up to third.  No one will actually know this except the judges and, like I said, the process is very (that’s super in young people talk) subjective, so what is the difference?

Well there is no difference except, to me, this is a microcosm of our world of fairness and inclusiveness today.

The best player on a kids soccer team only gets one MVP of the game every year.  Spread the accolades around…it’s a self-esteem thing don’t you know.

Bad scores on a test? Scale them up so everyone passes.  A bad grade will keep you out of college and ruin your life forever.  It is better to pass than learn math.

Finish last in a race? Your participation trophy is made out of the same plastic and the same size as the winners.  Everyone is happy…right?

Well the kids know who scored all the goals game in and game out, they know the real MVP.  They do learn that being the best is not that important.

The kids know their math sucks, they assume math is meaningless.

Everyone knows who finished first, they also learn that striving to be the best has no extra reward, in fact those who are born with special skills or ability should probably slow down a bit to let everyone have a chance.

It is only a stupid Christmas Light contest.  Just a few people give a fig about the results.  I wonder though, if everyone knew that part of winning was to have not won before, would the decorating effort diminish as the years go on.  Would Christmas in the neighborhood eventually be celebrated with changing porch lights from white to red or green?

Probably not, and who cares anyway? Just cranky old men who fear the only way for everything to be fair is if everyone gets nothing…except maybe those that get to decide what is fair.

May your days be happy and bright, (but no happier or brighter than your neighbors), and may all you Christmas’s be equally white.