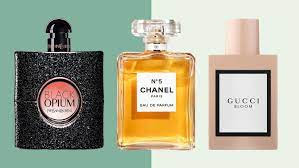 Now I know that Christmas is not far away.  I just noticed my first “Smell” commercial.  They’ve probably been going on for a while, I only just noticed.

Christmas “Smells” sell.  They sell especially as the day comes near and spouses and or boyfriend/girlfriends start the last minute gift panic.  Apparently you can’t go wrong giving Christmas “Smells.”

I say “Smells” because they have so many names.  Christmas “Smells” are called perfume, parfum, cologne, after shave and (I never understood this one) TOILET WATER!

I believe that perfume is for ladies, parfum is for fancy ladies, cologne is for men, after shave is for teenage boys that don’t shave yet.  TOILET WATER must be for someone you don’t really like.

It seems to me that lately people do not use perfume, parfum, cologne, after shave very much anymore, but these “Smells” are still an easy quick last second gift.

The receiver can gush “Oh, this is my favorite smell” (“fragrance” if it is parfum) and never have to use the stuff.  The gift proves that the giver cares and the receiver is happy to just know that.  The actual gift can always be part of next year’s office “Secret Santa.”

I have done some research and it turns out there are 1273 different perfume, parfum, cologne, after shave’s and TOILET WATER’s on the market, so there must be a lot of last minute gift buying panic every year.

Does anyone buy this crap during the rest of the year?

The commercials never sell the “Smell” they sell the mood or the moment.

“’Ode de Expensive’ by Lancalm, because she knows you care!”

A dude marching through the woods in hunting gear.

“’Buckskin’ because he is a real man!”

Who wears these smells these days?

I know teenage boys wear the stuff.  That’s because teenage girls while practicing flirting will ask them, “What is that you are wearing, it smells yummy.” They know it doesn’t, but what else do you say when learning how to flirt?

Teenage boys believe them, and being boys, decide that if a little smells yummy, a lot will send the ladies over the moon.  Fortunately it is all just a phase.

Point is, I don’t think most people use the stuff anymore.  At least I don’t notice it these days, and it used to be overpowering.

Still, Christmas “Smells” must sell like crazy, because all 1273 brands are all over the TV this time of the year.

I might send some to my ex-wives.  Just to show I do have some class, I will flush before I fill the bottle.