It’s A Running Battle I tell Ya!

It’s A Running Battle I tell Ya! 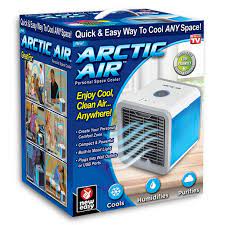 Mrs. C and I are not totally compatible.  That probably shocks most married couples, but we are not always compatible.  We try to manage.

One of the biggest issues is temperature.  I like it cool; Mrs. C likes it hot…and then she likes it cold…and then hot again.  Apparently, she is going through something.  Whatever it is, we never agree on temperature.

One thing I find interesting is when in the car she turns the heat up to 80 degrees in the winter and down to 68 in the summer.

“I want the car to heat up (or cool off) as fast as possible.”

I explain that the car will reach 72 degrees if you set to 72 just as fast as if you set it at 80 degrees.

She disagrees about the degrees.

Anyway, temperature is a constant battle.  In the summer I drop the temp to 74 when she is not looking.  When I suddenly start to feel warm, I find she has changed it to 78.  Fortunately, she does not hide the thermostat under a towel, so I just quietly change it back.  It is a running battle.

Recently Mrs. C found a solution for our bedroom.  She bought a cube thing that you fill with ice water.  It has a fan and blows cool air in my direction.

The first night she had the cube set on the low step of a two-step step-ladder we have.  The cold air was great except it was aimed below me.  On the top step of the ladder, she had an air diffuser thing that filled the room with a hint of eucalyptus.

(Have I mentioned that Mrs. C will buy just about any gadget she sees in a catalog?)

I moved the cooling cube up the ladder.

“Don’t do that, it will ruin the air diffusing.”

“No it won’t, the diffuser goes straight up and not in the way of the cooling air.”

“Leave it on the lower step!”

“That just blows refreshing air under the bed and is useless!”

For one of the few times in our marriage I won a “discussion” and the cube went to the top step.

“Could you turn the cube away a bit and turn the divertors in a down direction? I am feeling the cold air.”

“Sure, but then I won’t feel any of the cooling air.”

I turned it and adjusted it so she receives no refreshing cool air.  For the most part I am still warm…the top of my forehead does feel cool and refreshed.

You just have to take what the wife gives you.